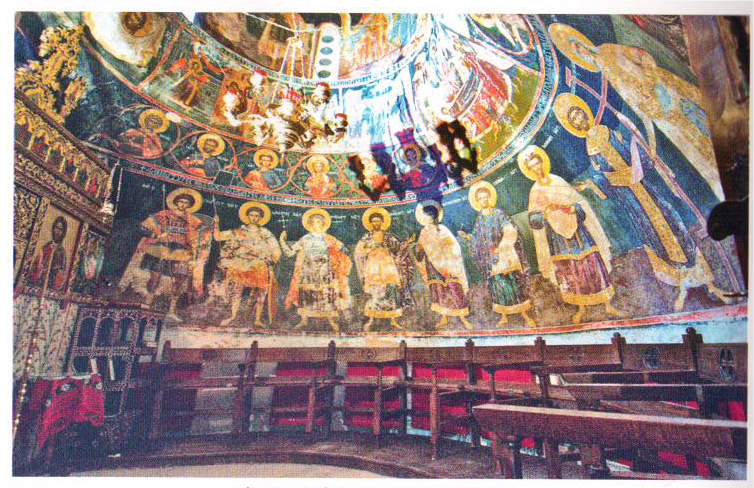 The chapel of St. John the Baptist

Very interesting is the chapel of St. John the Baptist that one can meet on the left side along the corridor after the entrance of the monastery. It is a small circular church with a dome, hewn on the rock and very well illustrated. According to its inscription it was built and painted in 1682 at the expenses and with the labor of the priest-monks Damaskinos, Ionas and Parthenios. Perhaps before its turning to a church, it was originally the hermitage of a hermit.

The French archaeologist-traveler L. Heuzey, who visited the monasteries of Meteora in the summer of 1858 reports that in the chapel of St. John the Baptist (without mentioning the exact point) he read the inscription: “by the humble and poor monk Nikodemos”. This inscription carved on a plinth in inscribed on the south outer side of the katholikon. We do not know when and why it was removed from the chapel as well as what exactly was the construction of the monk Nikodemos.