The old city of Kalambaka

The biggest area of the pro-war Kalambaka is from todays town-hall up until the small church of St. George, the neighbourhood known as Sopotos. This area of the city was built densely and the cobbled roads narrow.

The houses with their traditional architecture were becoming to the magnificant nature. The builders used their artistic feelings and love in creating them. According to the time and type of architecture we can put the houses into three categories. The middle class areas with their balcan architecture particularly characterized by their closed balconies. Secondly the rural districts built with big roofed verandas. The first floor being the living area which during the months of spring was converted into a area suitable for silkworm cocoons. The ground level was used as a stable, and shorehouse for the barrels. Thirdly newly stone built houses given harmony to the area.

The neighbourhood of Platanos (plane-tree) with its pretty fountain, was the best area for opening shops. Including restaurants, inns, wine shops, grocers, coffee shops and banks. From 1928 the main shopping area is found along the street Vlahavas up until the town-hall. The main square was where is now situated the church of St. Vissarionas. It is here were all the celebrations took place. Placed in 1928 is a memorial ‘the hero of the war’ it remains to the present day so the new generations don’t forget how many people were killed to save our country.

The neighbourhood of St. John the Forerunner is where the coffee shops worked from four in the morning showing at different times ‘Karagkiozi’ (a commical greek show). In the 1930’s you could often hear beautiful singing from talented people of Kalambaka. Next door at the neighborhood of St. Varvara was the Episcopate later turned into a primary school. According to tradition, the house where St. Vissarion lived was some where near which is now situated the church of the Assumption of the Virgin Mary.

The neighbourhood of Sopotos was connected with the spring giving life to all the city. It was rich in water filling all the requirements of the city, including drinking water, water for the gardens, for the fields which began at the foot of the spring reaching the train station. Most farmers lived in this area. At the back area of the spring was a road leading to the Holy Trinity Monastery and St. Stephan’s. At the area of St. George during Turkish occupation was a mansion owned by Giannaki (John) Kalambaka, which provided food and water. A guard of the mansion for sometime was Ali Pasas from Ioannina. 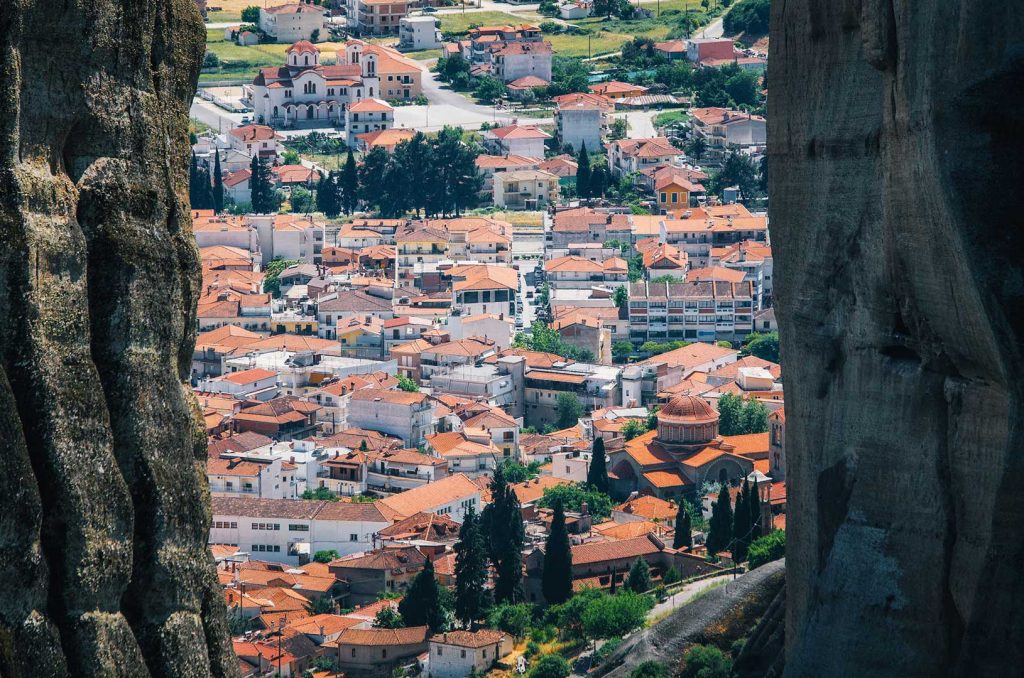 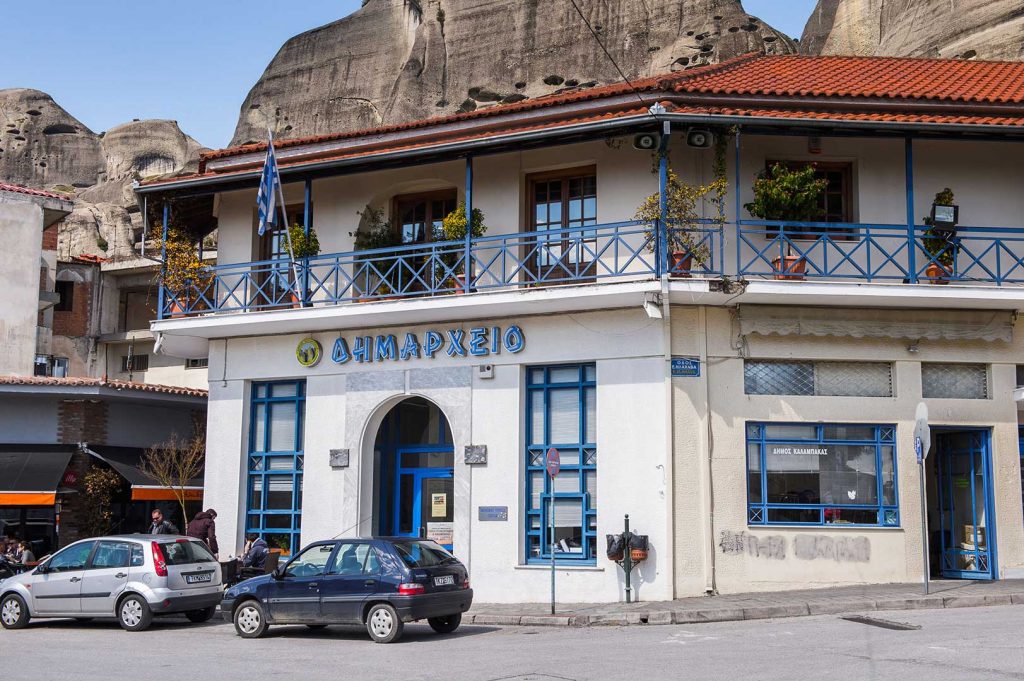 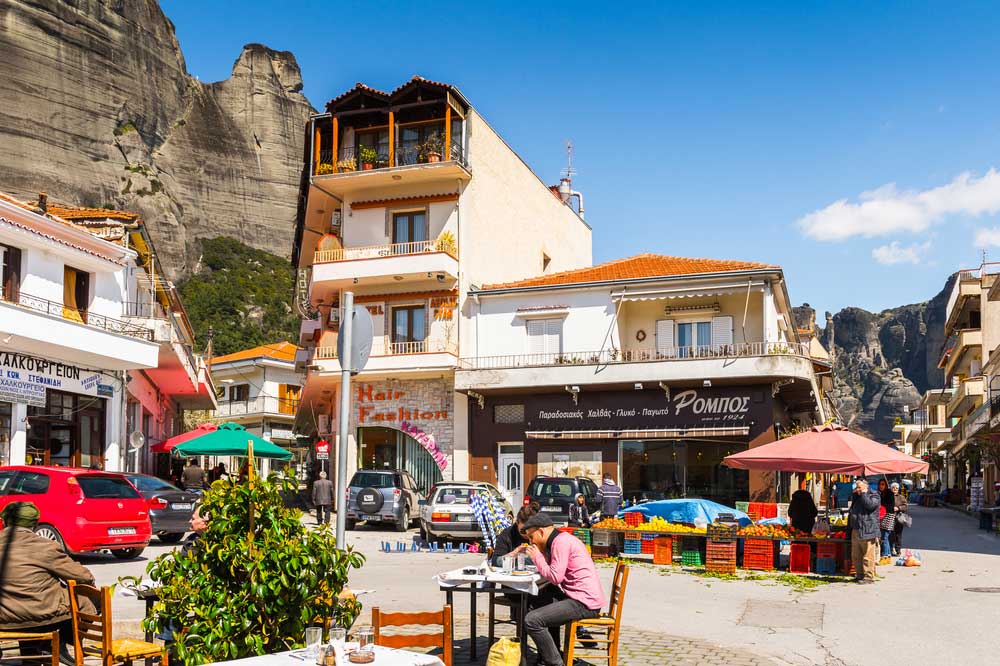 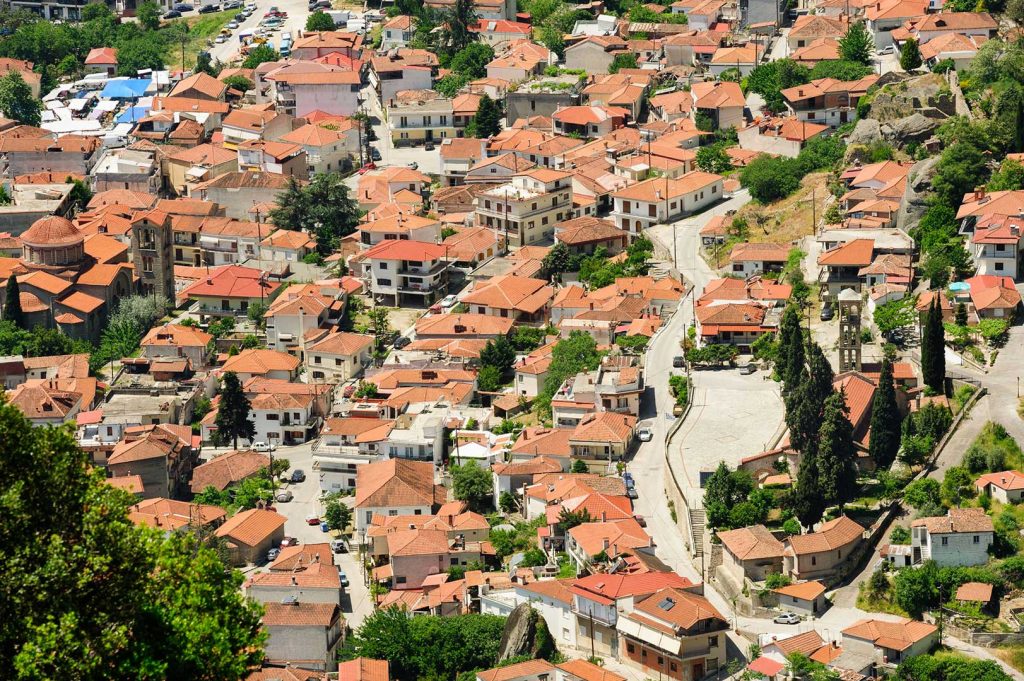 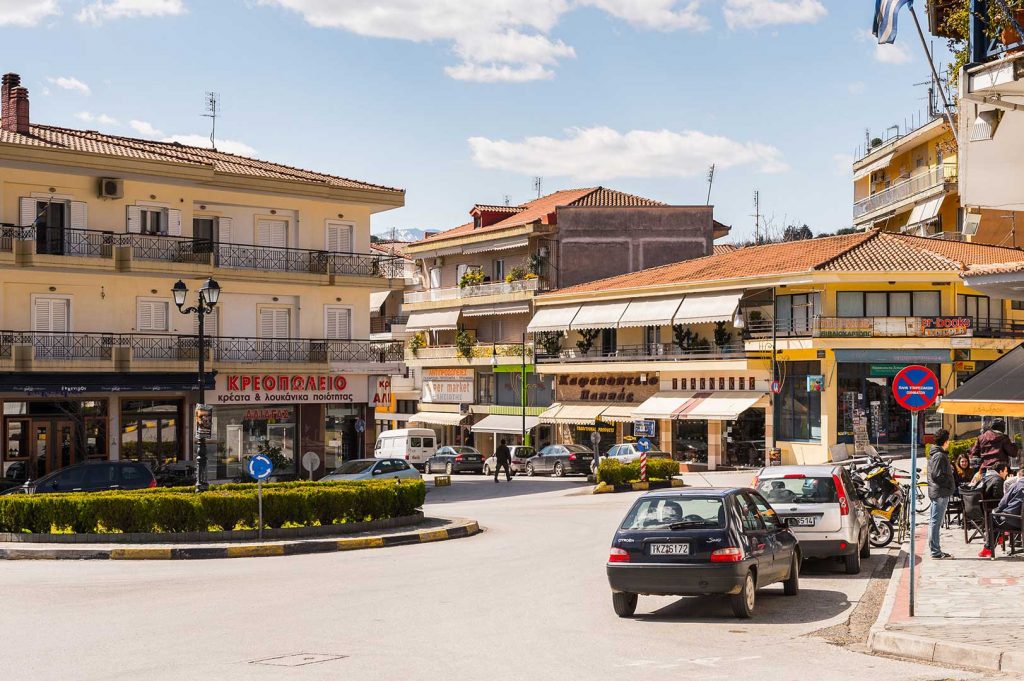 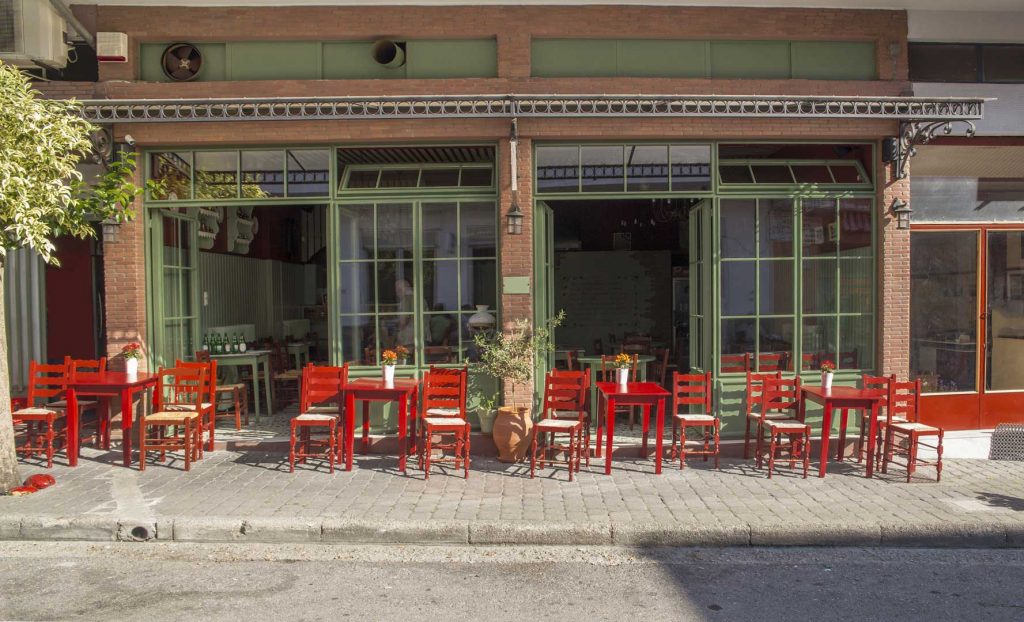