The monastery is located one kilometre north of the village bearing the same name, in the area of kalambaka, near the stone forest of meteora. The year it was founded remains unknown, still it is mentioned among the monasteries of Holy meteora in 1541, in a letter by Neophytos B’, Bishop of Larissa, in which he validates the liberties and privileges of the Great Meteoro. The monastery is built on a vertical rock and is a four-storey building because of a lack of space. It was fully restored in 1993-1999, when a new female fraternity settled there, promising to forsake the continuation of the historical route of the monastery with reverent zeal.

The Catholicon is very small, with older and modern wall-paintings (P. Zacharis) and a traditional woodcut chancel screen. The monastery holds holy relics of Agioi Theodoroi and Agios Tryphon. Of its once rich collection of manuscripts, only one survives, the codex no 105 of the monastery of Agios Stephanos of Meteora.

Since the old times and up until recently, the monastery is honoured by the pilgrims and has been an important pilgrimage for the whole area (Chasia and villages of the plain). The respect and reverence of the Christians is also evident in the great-number of the donors-contributors, many of whom live in areas out of the boundaries of the prefecture of Trikala, or even abroad. It is also worth-mentioning that there are also people from other religious referred to on donations. 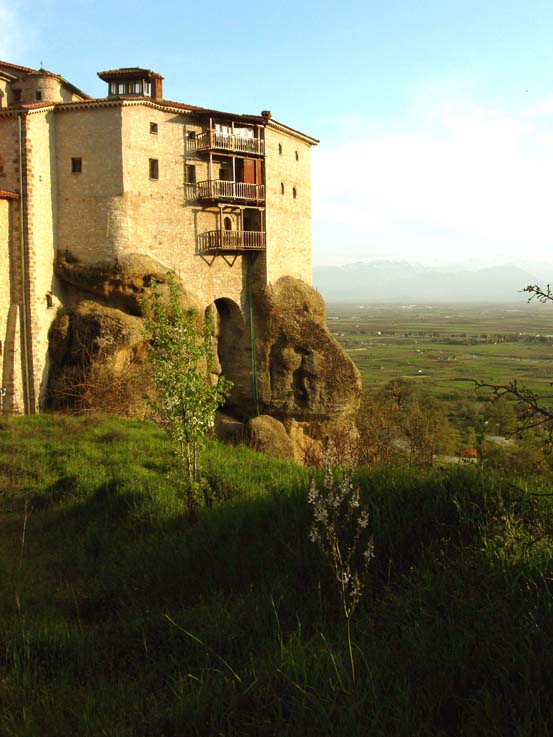 Show on map
powered by: