Built at the bottom of the rock, 5 km south of Kalambaka. It has 600 inhabitants who are involved with agriculture and animal farming. Old documents from the time of the emperor Andronikos Paleologos, the year 1336, write that the town was named Kouveltsi. Later due to the big rock where the village is built it was named Theopetra (God’s rock).

The cave of Theopetra is found at the North-east side of the rock, under which is built the village. The cave is of the middle paleolithic period (40.000B.C.), 600 square meters, with stalactite. Two human skeleton were found in the cave, 8.500 and 14.500 years old, also other forms of life dating 50.000 years B.C., while excavation continues. To visit you must contact first the responsible official of the Archeological department.

Celebrations take place during the Great Week, ending at the night of the Ressurection with a big fire at the top of the rock. Easter Sunday there is music and traditional dancing at the central square of the village. 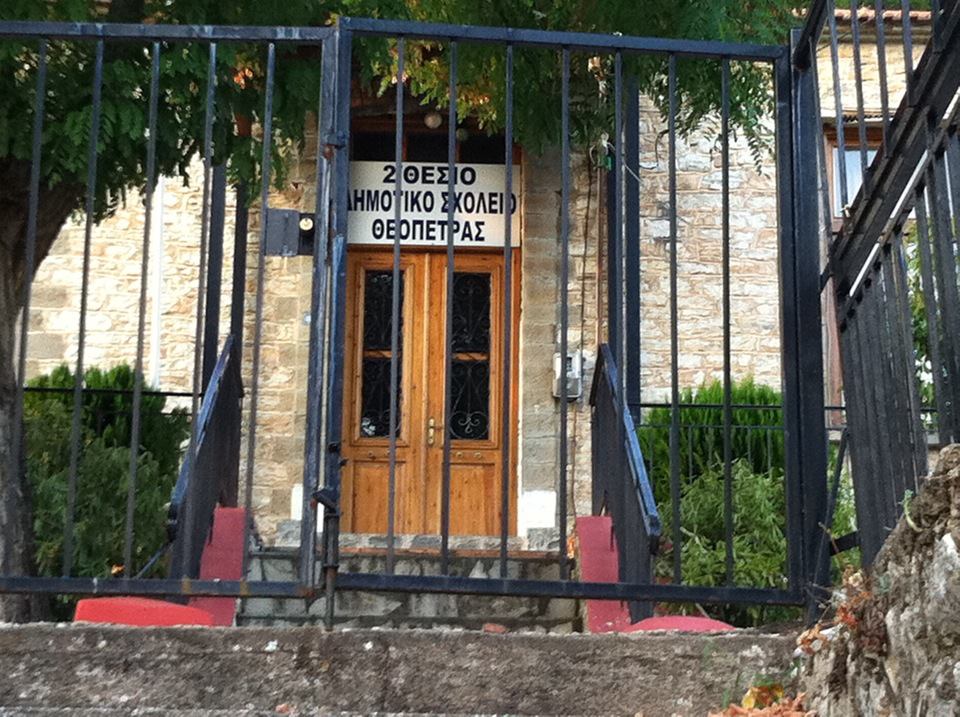 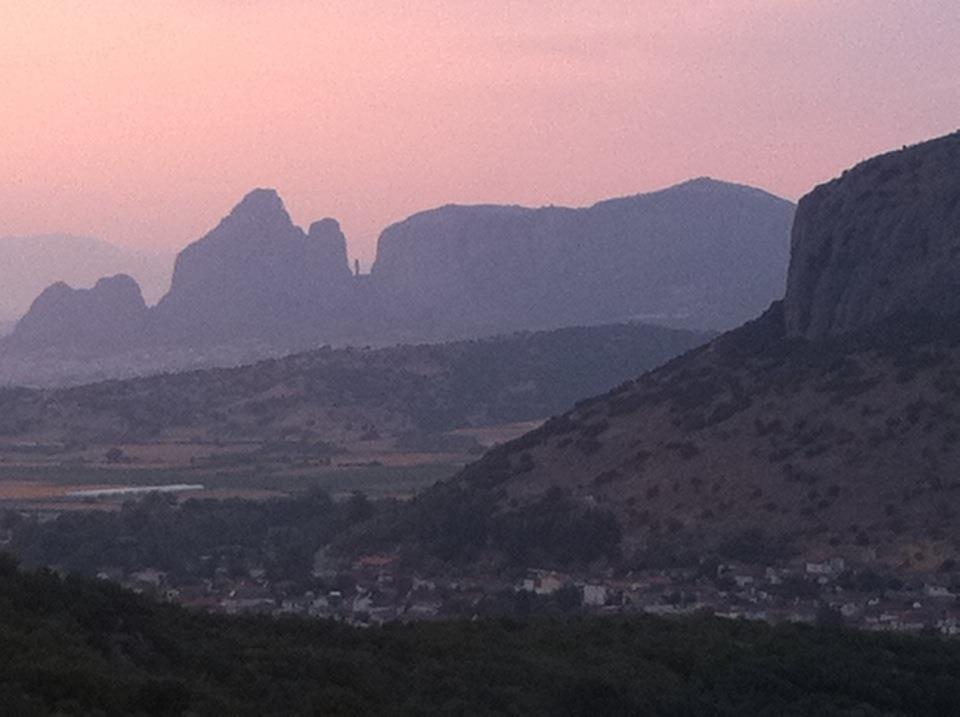 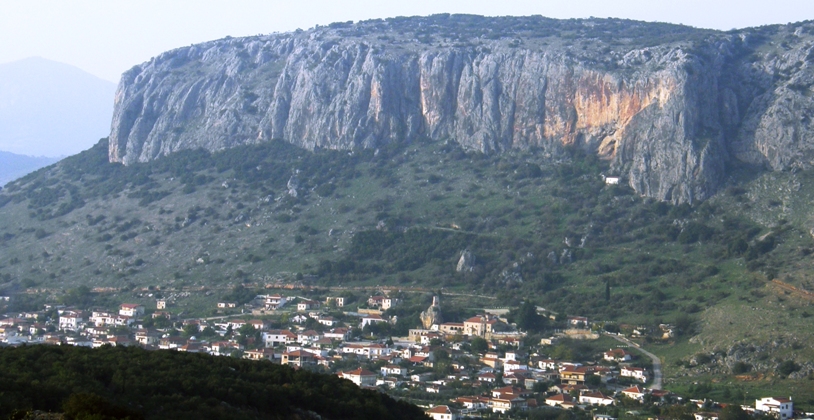 — The cave of Theopetra — 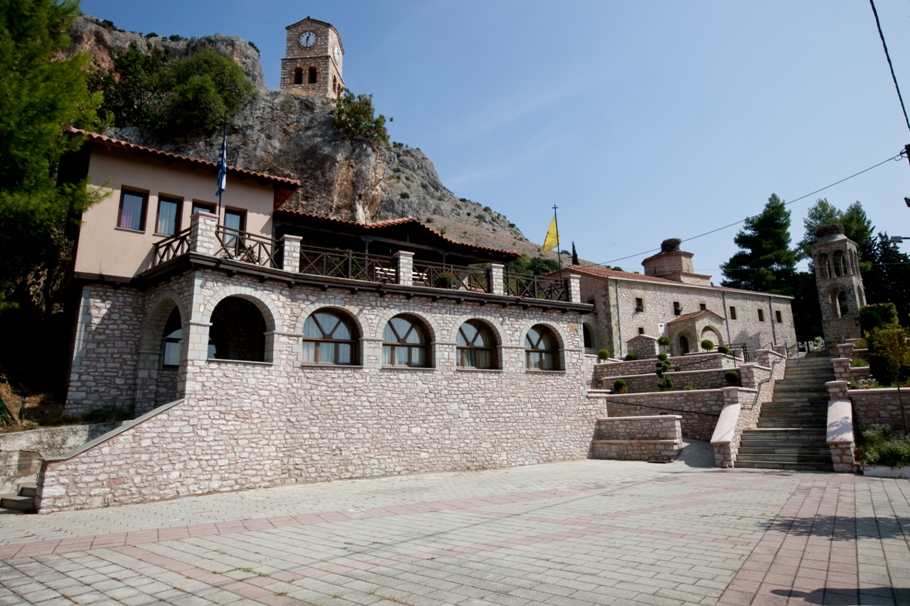 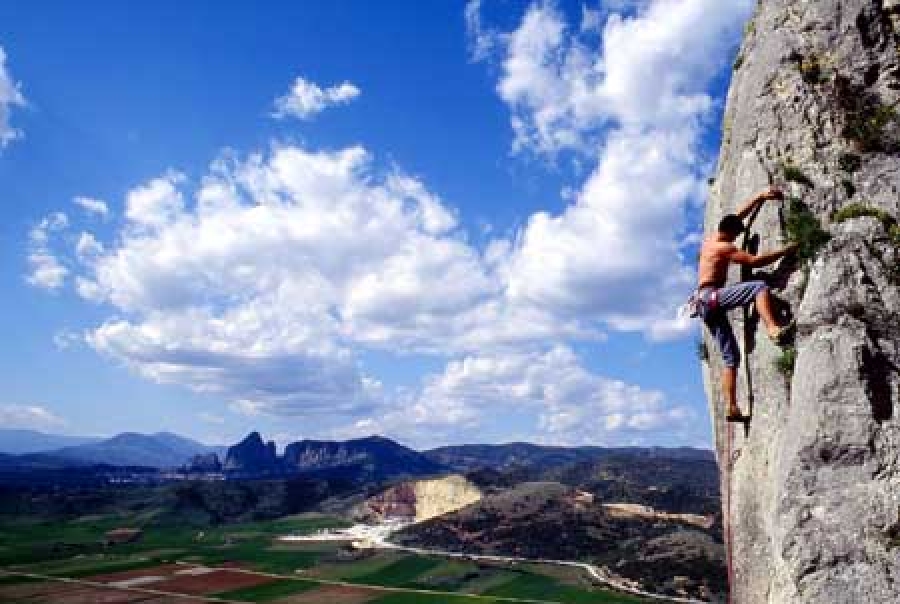 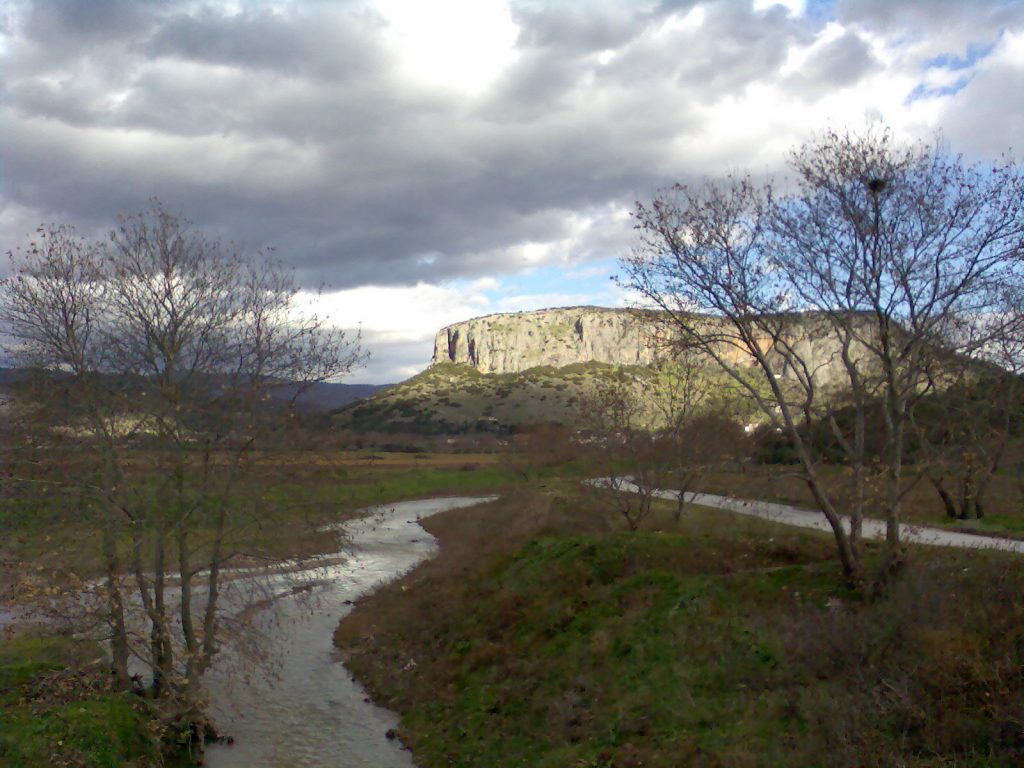 You can partake in mountain walking and climbing, as well as cycling from ”Petra” to the area ”Rizoma”.

Wine, tsipouro (Greek vodca), must (in September), cheese (feta) and other local products.

Pork with leek and sweeted fruits.

The celebrations at easter.