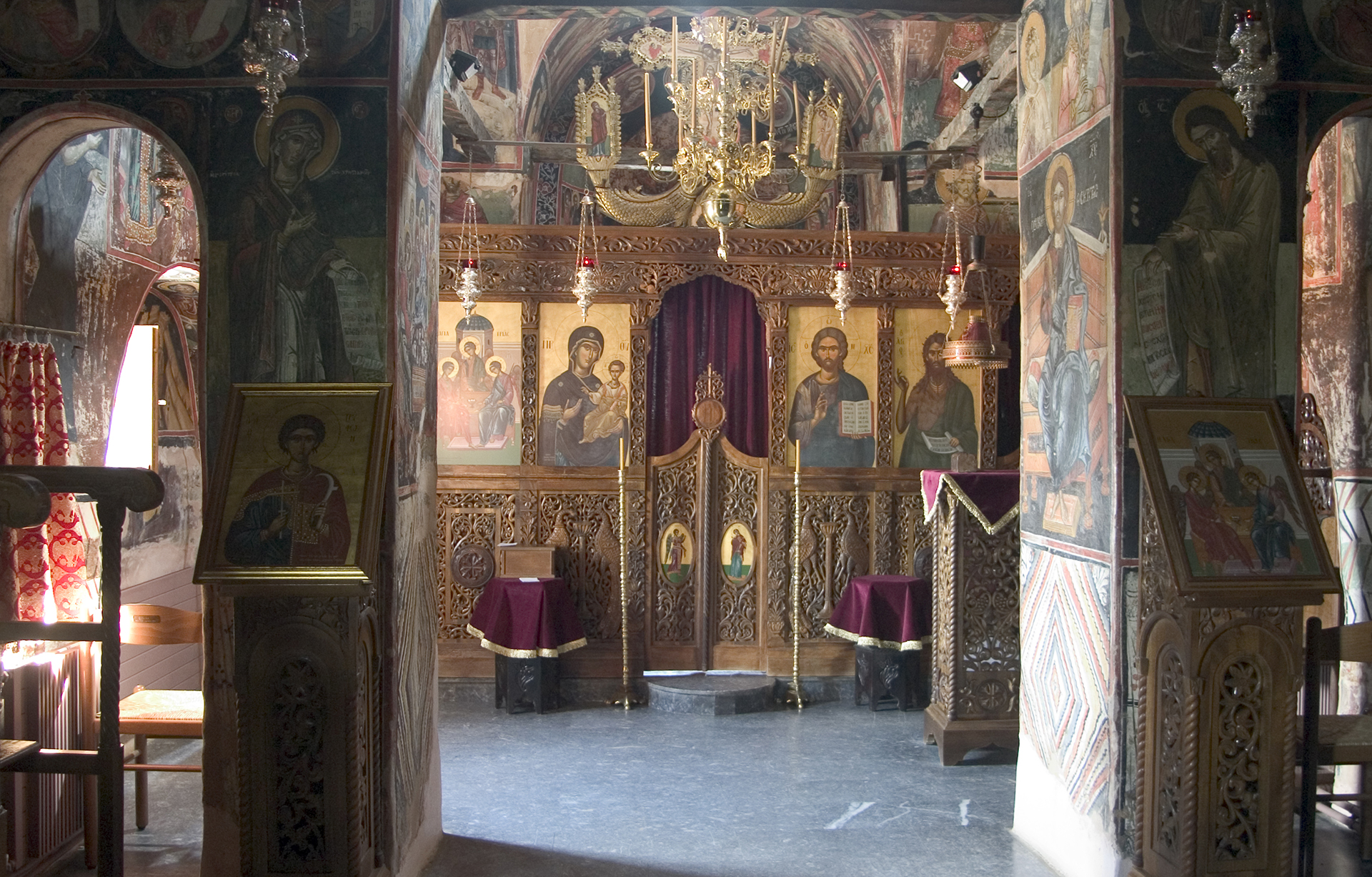 The katholikon of the Holy Trinity

The present main church represents the original constructural fase of the monastery and it is the most interesting of all the buildings. It seem that it was erected in 1475/76 as it is written on a plinth on the south outer wall with the date (6984 since the creation of the world = 1475/76). It is a small two columned cruciform church with a central dome on its roof. The east side of the church, where is the three-sided sanctuary apse with a bilobe window has cloisonné masonry and rich ceramic decoration such as serrated fascias and other ornaments. On the lateral conches the masonry is simple. There is only one window on each side, so the nave is relatively dark. The dome is polygonic with monolobe windows, plinth colonnettes and serrated fascias.

The present painting of the church is, according to the inscription, work of the painters priest Antonios and his brother Nicholaos in 1741 during the bishopric of Theophanis and the abbacy of Parthenios. Although it is later, it continues the tradition of the fine post-byzantine art successfully. On the dome Pantokrator is represented and on the pendentives the four Evangelists one of whom, Luke, is represented to pain the icon of Virgin Mary like on the dome of the nave of Varlaam Monastery.

The interesting old wood-carved iconostasis was stolen in 1979 and is replaced by another one nowadays. Along with the iconostasis its icons were stolen as well which were old and artistically remarkable. On of them was the Virgin Mary painted by the hand of Rizos from the region of Agrafa in 1718 and another one is of the Christ of the year 1662.

The ample vaulted esonarthex is a later addition to the nave. It was built in 1689 and decorated in 1692 during the bishopric of Arsenios and the abbacy of Ionas, as the inscription inorms us.

In 1684 a small sacristy was added next to the sanctuary. The construction complex of the monastery also includes a ferectory, cells, reception rooms tanks and other service rooms. All these are renovated and well preserved nowadays.